A low-ceilinged house will reduce the smooth air circulation in the house. That is why, the air of a house with a short ceiling tends to be warmer than a high ceiling. Ideally, the distance between the ceiling and the floor is 3.2m-3.4m. If it exceeds, the house will be better occupied because it feels cooler. This is because the heat that initially comes from the roof, enters the ceiling, then descends into the room, which will be further reduced over a long distance (high ceiling).

However, in reality, in the field, some houses built by developers have a ceiling height of only about 2.6m-3m. Considering that this cannot be avoided because the house already has a low ceiling, it is necessary to apply some tricks to outsmart it.

The key is to improve air ventilation in the house, especially in the roof and surrounding areas. In addition, you can also apply the following tips. 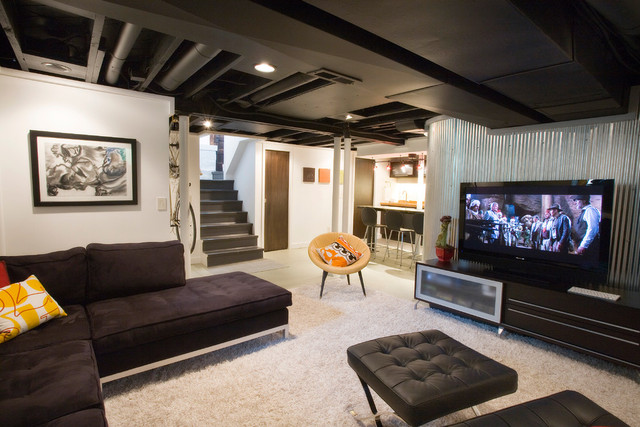 One way to make the room cooler even though the ceiling of the house is low is to break into the walls in the ceiling area. Where the ideal distance from the ceiling to the hole is between 20cm-30cm with a minimum size of 10x40cm.

Next, place the hole between two walls that are opposite, but not parallel.

This type of fan has a function to help improve air circulation. This tool not only draws cold air in and pushes hot air out. So that the temperature in the room feels cooler. Exhaust fans can be installed at least 30cm below the ceiling.

Aluminum foil is also one solution to make a low ceiling house cooler. Functioning as insulation, this material is said to reflect heat up to 97 percent.

In order to optimally reduce the heat, the selection of aluminum foil material also needs to be considered. In this case, Insulation is the answer. Besides being able to reduce heat and sound, this product is also easy to install.

Different from ordinary metal roof tiles, the rough, sandy surface is coated with a mixture of coraltex. Where the sandy layer will make the surface of the tile not only able to reduce the beam of sunlight that causes the room temperature to be warmer. But it can also reduce noise from outside the room.