5 Ways to Clean and Beautify Your Home, Worth a Try!

Teach Children to Love the Area, Here’s a Guide for Your Little One to Like Gardening

What is Floor Plate? This is an explanation, function, type, and advantages 7 Tips for Overcoming the Most Effective Damp Room at Home

So that the flowers don’t wither, check out these ways to save fresh flowers

5 Types of Flower Ornamental Plants that are Heat Resistant and Easy to Care for, One of them Begonias

Want a Home Renovation? These are 4 things to take into account 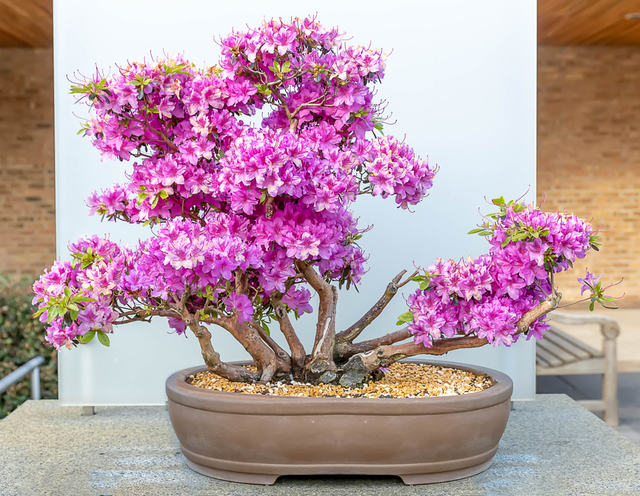 For those of you who want to add to your collection of bonsai plants with the most beautiful bonsai, the types of flowering bonsai plants can be the main choice. One of them is azaleas. This ornamental plant is very easy to produce beautiful flowers. With a hard trunk and small leaves, this plant is dubbed as one of the most beautiful bonsai trees. There are two types of azalea plants that can generally be planted, namely R. obtusum and R. laterium. Both types have flowers that are quite large and have single petals.

The Most Beautiful Bonsai: Pros and Cons of Azalea Bonsai One of the advantages of azaleas when cultivated by means of bonsai is that they still look attractive even when they are not in bloom. This is because the arrangement of branches is large and very attractive. In addition, this most beautiful bonsai has a small leaf size that contrasts with the size of the flower which is quite large. The flowers of this plant look beautiful, brightly colored, and also large in size even though they have been bonsai.

However, with the size of the flower that is quite large, it also makes azaleas have several weaknesses. One of them is to make this most beautiful bonsai look young even though a good bonsai plant usually looks old. Even so, the azalea bonsai is very popular with bonsai collectors and makes it one of the most beautiful and most expensive bonsai. Another weakness that azaleas have is that their growth is quite slow. Thus, to form one style of bonsai will take a relatively long time so that the trunk is large enough to be used as a bonsai. The style that is usually chosen for cultivating azalea bonsai is an inverted broom or broom. This style was chosen because the cutting of the branches is not done much. 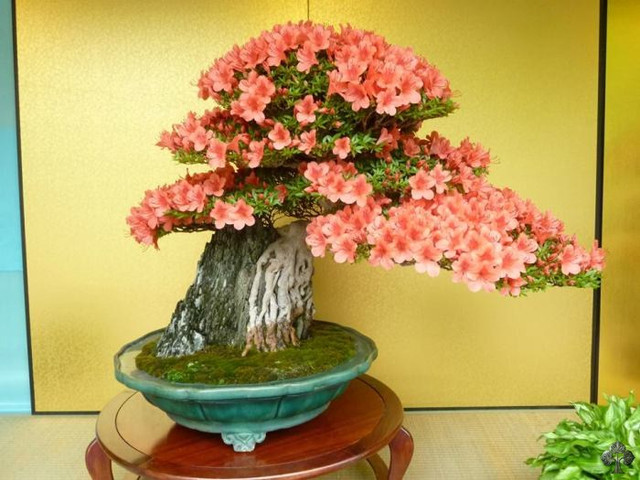 Flowers from azalea plants will only appear if these plants are cultivated in high and low temperature areas. If planted in low areas, azalea flowers will be difficult to appear. one of the most beautiful bonsai this likes full sun and a fairly acidic pH level which is around 5.5 to 6. To get a bonsai from azalea plants is not difficult. You can get it by grafting or cuttings. From here, the roots will appear after about 4 weeks. Through a graft, this plant can be separated from its mother after about two to three months.

While waiting for your azaleas to grow, you can start training them either by directing the branches with wire or by shaping the plant. In order for the health and fertility of this beautiful bonsai to be maintained, fertilization must also be done. If the plant has produced new shoots about 15 to 20 cm long and flowering well, fertilization can be reduced. Nutrients that are usually needed are N, P and K. To get this bonsai, you can cultivate the bonsai yourself or buy it from an ornamental plant shop. To get a more diverse selection of azalea bonsai seeds, you should buy them at an online bonsai shop.