Differences and Similarities of Tropical and Minimalist Houses

Both tropical and minimalist design styles have had their heyday for a long time. Even the minimalist style, until now there are still many people who like it. In addition, each of these two architectural styles also has differences and similarities, both in terms of the concept and appearance that is raised.

Some similarities between tropical and minimalist homes, among others, are, both are very suitable to be applied to hot or tropical areas. Another equation, the colors used also tend to be brighter and lighter. In addition, both of them also have a simpler appearance compared to other home architectural design concepts.

And what is no less important is to use the concept of more natural lighting, which is to rely on direct sunlight except at night. The same applies to the concept of air circulation for space. That’s why the location of doors and windows is always endeavored to receive direct sunlight and air can enter to the maximum. the differences between tropical and minimalist homes Although they have many similarities, between tropical and minimalist homes there are also some differences. The main characteristic of a house that uses a tropical style is that the roof uses materials that don’t create a hot impression. For example, a roof of clay tile or a roof of shingle wood. Making this roof usually requires the highest funds, it can even reach around 50% of the total budget.

Furthermore, on the wall, a lattice is often made, the purpose of which is to regulate the sunlight that enters the room so that it is not too dazzling to the eye. While at the front, a terrace is made to relax as well as a filter or filter for incoming air so that the space inside still feels cool and fresh. That’s why this terrace is always provided with other accessories, namely ornamental plants which are quite a lot.

The floor of a tropical house actually does not have a distinctive feature. However, usually this floor is made to resemble the concept of a house on stilts with the aim of producing a more comfortable and cool atmosphere in the room during the day, but becomes warm when the night has arrived. In addition, the concept of installing a floor like this can also avoid the entry of water that seeps and creates humid conditions. 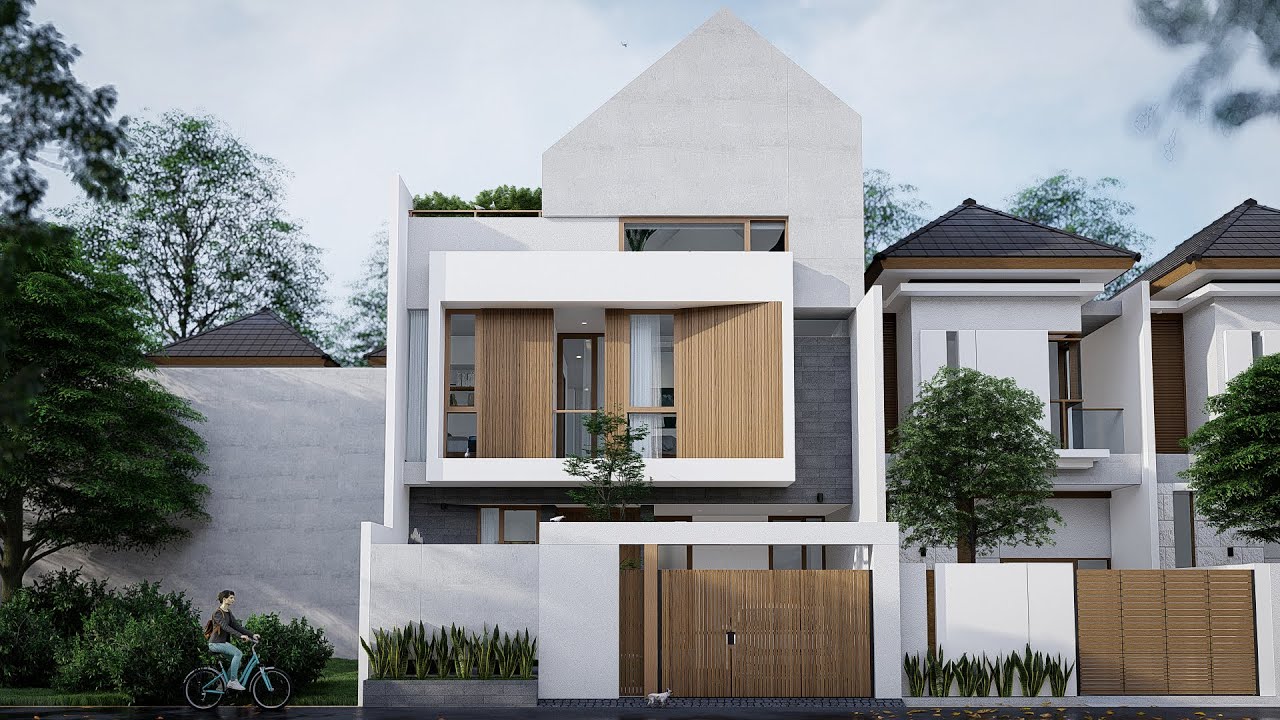 As for tropical houses, the main feature that is often highlighted is the use of limited space furniture and only consists of basic parts. For example, in one room there are only guest tables and chairs and decorations from glass and lighting. The same thing also happened to other rooms, such as bedrooms that were only filled with cots, wardrobes to store and put clothes plus small shelves to put knick-knacks for make-up.

However, even though the amount of furniture is very limited, the design concept still emphasizes a luxurious and modern impression, in accordance with the main concept of minimalism which always adapts to the changing times.

That’s why spaces that use a minimalist concept often have empty fields so that the atmosphere that appears can feel more spacious and spacious. Things like this make the process of arranging a minimalist space or interior easier to do. In addition, because the amount of furniture used is also not much, then the maintenance is also much simpler.

As for the tropical house, the furniture used is still focused on artistic values ​​and beauty. Very different from the minimalist concept which is more concerned with function values ​​than appearance.