Basically, modern architecture has existed and developed from ancient times, not just recently. But in its development, there are now many known architectural designs in minimalist, contemporary, futuristic styles, and many others.

Modern architecture has the view that architecture is thought, not taste, and space games are not forms of play. The emergence and development of technology also has contributed to popularize the modern style. For example, a glass material that can be used to create a room because of its “invisible but invisible” characteristics. Ornamental details are considered as unnecessary.

The modern word itself can be interpreted as anything that has something to do with everything that is developing in the present or that shows a contemporary character. For a residence, a modern residence means a residence that has and shows the characteristics of modern architecture. Residential that has a modern architectural style must be able to present the current lifestyle in the house and not the past. 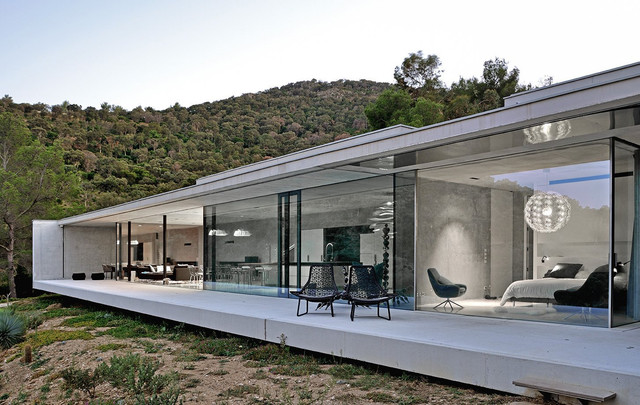 In general, the characteristics of modern architecture can be seen from its asymmetrical shape, flat roof, square shape, curved and smooth corners. Modern homes also often appear efficient, a little ornate, with rows of glass, aluminum and stainless steel trip windows on the doors and windows, and glazed panels.

A house with a modern architectural style dominated by wide and high exterior windows. The list of concrete signposts in modern houses is found to be elongated with a canopy that juts forward. As for the interior of the house, it is equipped with simple ornaments with multilevel ceilings and voids in the room that add to the impression of a spacious room.

The spaces in modern homes are found to be connected to each other without any dividing barriers. The spaces in the house are only limited by the interior which is not permanent. The room is transparent, using a glass wall as a barrier. 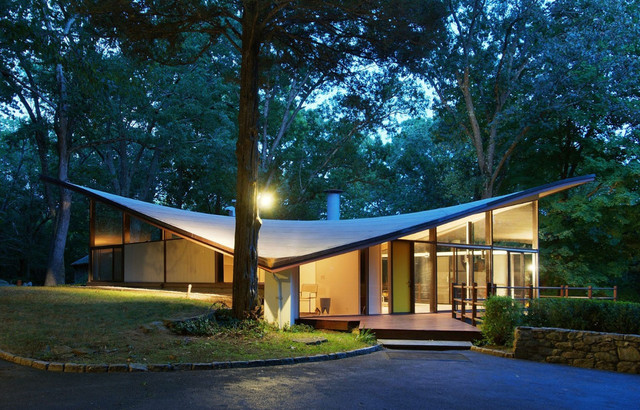