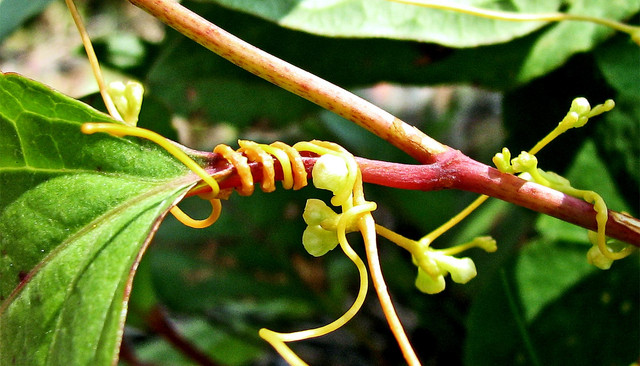 Plants are one of the creatures on Earth that have a very important role as producers in an ecosystem. However, there are some plants that are harmful, where these plants perch and absorb the nutrients that are owned by the host plant. Even though it is detrimental, in fact this plant actually has an attractive physical appearance with beautiful colors and a fairly unique shape. 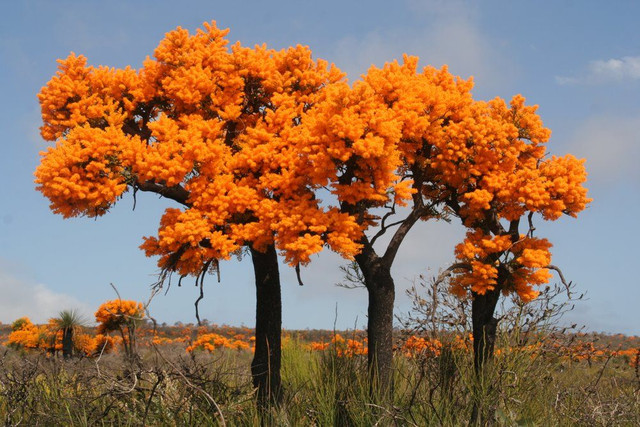 The Western Australian Christmas Tree is a tall flowering tree with beautiful yellow flower colors that can only be found in Australia. However, this plant is a parasite even though it is actually capable of carrying out photosynthesis on its own, but when it enters a dry climate it usually becomes a parasite on other plants.

This tree, which is also called Nuytsia floribunda, is able to seize water from the surrounding plants, thus keeping it fresh in the dry season, on the other hand, the plants around it become dry and wither.

Who doesn’t know Mistletoe, which is a typical plant during Christmas celebrations and is commonly used as a home decoration. But who would have thought that this one plant was a parasite and grew on other trees and took the nutrients contained in other plants.

In addition, a plant called Latin Viscum album can grow in various kinds of plants and has an impact on slowing growth and can even kill the host. Mistletoe is scattered in various parts of the world, including North America, Europe and Asia. 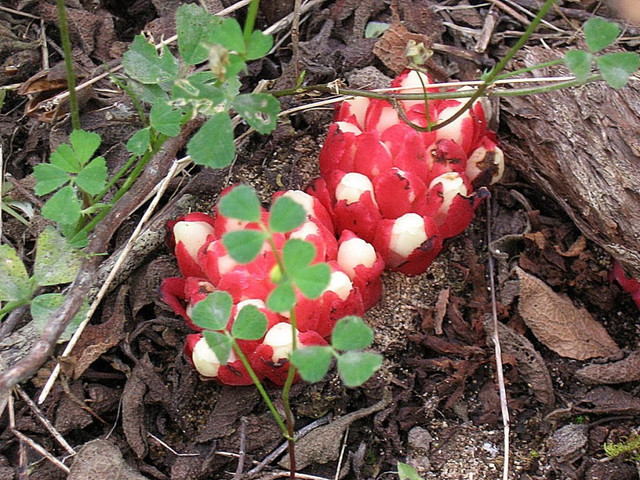 Cytinus is a plant that lives in the Mediterranean Region, Madagascar, and South Africa. This plant cannot produce chlorophyll and gets its nutritional needs from its host plants, which are generally Cistus and Halimium.

This type of plant consists of several species which have slight differences in color and shape. However, this plant can be used as herbal medicine to treat diseases such as dysentery and tumors.

Furthermore, there is a famous plant from Indonesia, namely Rafflesia Arnoldi or called corpse lilly and is the largest flower in the world. This plant is spread in Sumatra and Kalimantan, but who would have thought that this plant was also a parasite.

Usually this giant flower grows on the Tetrastigma plant which is found in many forests in Southeast Asia. In addition, the flower, which can grow to a diameter of 100 cm and weighs 10 kg, absorbs water and nutrients from its host plant, because it does not have roots. 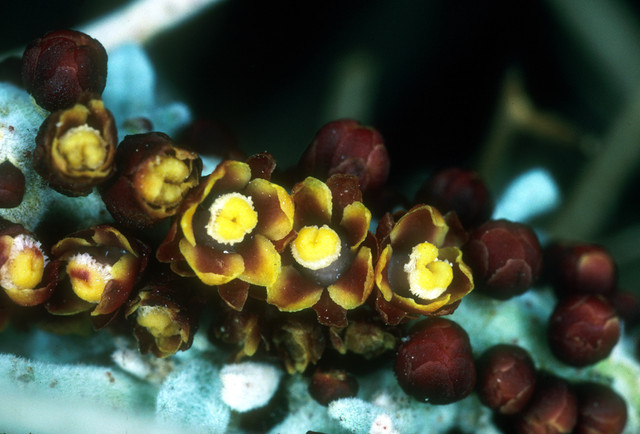 Next there is Thurber’s Stemsucker or what is also called Pilostyles thurberry which is a plant native to the southern United States and northern Mexico. This plant has habitats in desert and forest areas in Texas, Arizona and northern Mexico. The size of this parasitic plant is very small, reaching only a few millimeters and grows on small tree cells. This plant gets all its water and nutrients from its host, although it is detrimental for this plant to have its beautiful red flowers.

Tristerix aphyllus is a native plant from Chile that belongs to the genus Tristerix and perches on a number of cacti. The type of cactus infested by this parasitic plant is Echinopsis chiloensis and Eulychnia acida, and grows in dry places. This plant only grows flowers and fruit with a bright red color. The impact caused by this parasite is reduced growth of the host cactus and a lack of water and nutrient intake in the cactus plant.