What comes to your mind when you hear the term aquascape? Aquascape is the art of arranging or designing a garden using aquarium and water media. In recent years, aquascaping has emerged as a trend as well as a hobby that is quite popular with many people.

For those of you who want to make an aquascape at home, there are many ways that your aquascape can appear more attractive, one of which is by making an aquascape design based on several themes or styles. 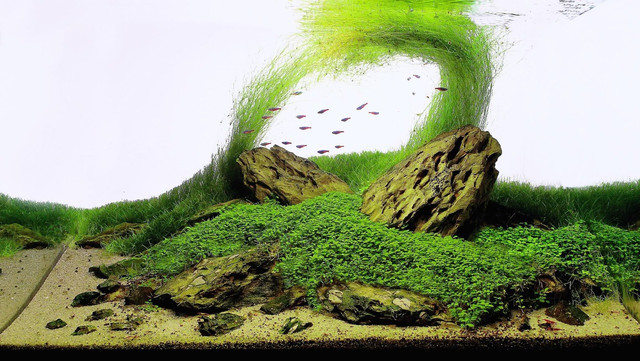 The Dutch style is a European style aquascaping that was popularized by Oliver Knott in the 1930s. This style is quite popular in almost all of Europe, especially in Germany and the Netherlands. At the beginning of its development, the Dutch style did not use a CO² diffuser so that the plants used had to be able to live in less than optimal conditions, such as Echinodorus and Fern plants.

This style is characterized by the bottom of the aquarium covered with a carpet of plants. Also, the Dutch style doesn’t use hardscape, so you won’t see rocks, wood or corals in the tank.

Iwagumi style is one of the most popular styles today. This style was first popularized by Takashi Amano, Father of Modern Aquascaping. This style is characterized by a series of stones arranged according to the rule of thirds so that it must always be arranged in an odd number.

The rule of thirds in stone arrangement aims to avoid balance in the appearance created. There must be at least three stones consisting of one main stone and two additional stones.

The Iwagumi style is characterized by natural landscapes and green open spaces. However, the use of plants and animals is not too much to create a minimalist impression. The substrate used in iwagumi style is a kind of powder or fine sand.

The biotope style was popularized by the world’s largest fish discoverers, namely Heiko Bleher, Scientist of the Year 2009. Bleher travels the world every year to observe water conditions, both soil, flora, and biota around rivers or lakes where fish will be used to decorate the aquascape. . From these observations, Bleher made miniature waters in the aquarium.

This biotope aquarium looks very natural and has many types, such as Amazon biotope, Lake Tanganyika biotope, Indian biotope, Papua biotope, and Kalimantan biotope. Therefore, this biotope style prioritizes the natural side, starting from water conditions, plant and animal species, as well as hardcape components such as stone, wood, and coral.

This aquascape style is easier to create and maintain. This style is quite useful to assist biologists in conducting research. 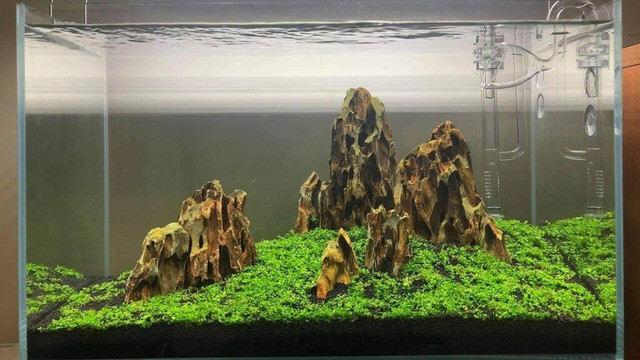 As the name implies, this jungle style is one of the aquascape styles that aims to imitate the forest. This style is usually used for aquariums with a size large enough so that the various kinds of plants used can be optimally placed in the aquarium.

Nature style is characterized by paying attention to the alignment and grouping of rocks, wood, and aquatic plants with the aim of creating underwater miniature representations of a particular terrestrial landscape.

In this style, the aquarium is layouted to create a variety of terrestrial landscapes, hills, mountains or valleys. More specifically, some layouts have more detailed characteristics such as island type, which is completed with a rock “mountain” or a mound in the middle.

Of the five aquascape designs described above, which one do you think is the most interesting?